Kolkata is known as the cultural capital of east. The city has diverse ethnic and cultural root for long. It was first capital of India founded by the British. Today the city remains vibrant with various cultural events round the year, affordable eating out for all sections of people and ofcourse the places to visit. Each of the places bears a heritage or unique mark. The city can not be toured in a day. It is better if you make the tour in 3 to 4 half day or 2 full day tour. We can make your tour memorable. Here are some attractive destinations in Kolkata. 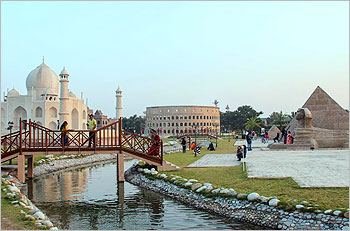 This is the largest urban eco park in India on about 480 acres of land where you can see the ecological zones, Theme park, Urban recreation, water recreation and miniature of seven wonder of the world. 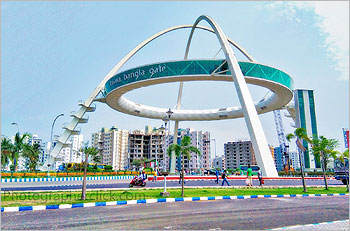 It is known as Biswa Bangla gate, located on the main arterial road between airport and the city. It is a huge 55 meter steel structure combination of four arcs. One can enjoy a visual gallery and restaurant at a height of 25 meter in a diameter of 220 meter. 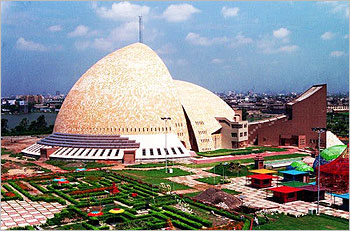 It is the largest science centre in India where you can see different type of galleries, the Dyna-motion Hall, exhibiting the scientific principles of illusions, powers of ten, fresh water aquarium and live butterfly enclave, the Earth Exploration Hall, displaying the details of Southern and Northern hemisphere, the Evolution Park that showcases from the dinosaur era to the robotic era, Space Odyssey that maintains 3D vision theatre, Mirror Magic and Time Machine. The Maritime Center dilates the maritime history of India and the Science Park maintains plants, animals and other objects in their natural surroundings. 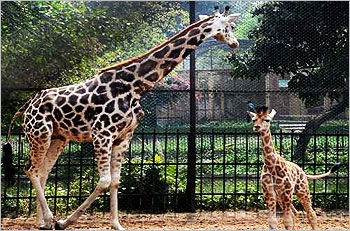 This is said to be the oldest zoological garden established in around 1800 on around 47 acre land within the heart of the city. One can get to see common and rare species of animals in almost the natural inhabitation. 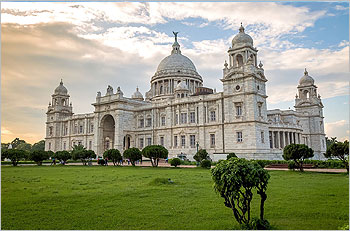 It is a large Memorial building built between 1906 and 1921. It is dedicated to the memory of Queen Victoria. There is a museum inside which is worth seeing apart from the building and the garden surrounding it. 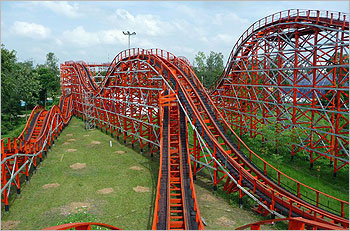 This is the largest amusement park in Kolkata and ideal for educative and educative recreational activities. There are solar energy village, water body, toy train. joy rides. The entrance of every ride offers explanations of the scientific principles behind the working of the rides. 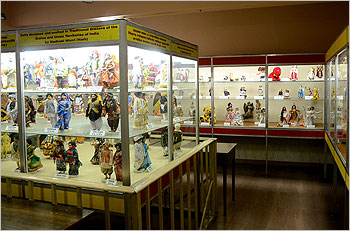 Although it is museum for children, yet people of all age can visit the 3 storied gallery of dolls of different country. The great story of Mahabharata and Ramayana events and characters are depicted through the idols placed event wise chronologically. 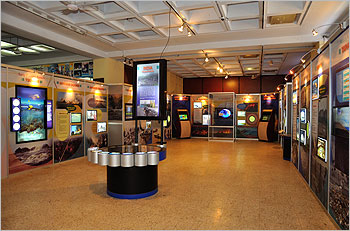 This is the first scientific and industrial museum in India. Science. Wonders take place in front of people's eyes through means of interactive and animated models. The history of the technology, as well as the industry, restore itself via replicas which are real or scaled-down. 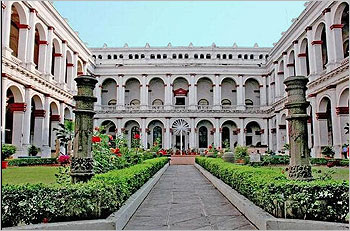 It is also referred to as the Imperial Museum set up by the British and further enriched by government of India. It is the largest and oldest museum in India and has rare collections of antiques, armour, ornaments, fossils, skeletons, mummies, and Mughal paintings. 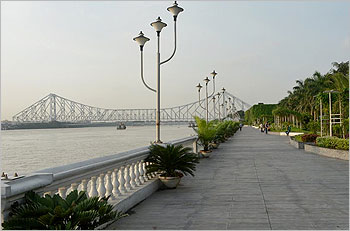 This is a wonderful park just by the side of river Ganges where lot of amusement activities in garden and water excursion is conducted. From this park, one can walk for 2 km along the bank of Ganges through a picturesque pathway overthrowing Ganges and the two bridges over river Ganges. Evening is a better option to visit. 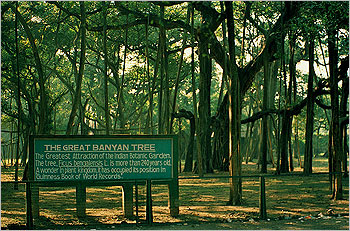 This garden is dedicated to Acharya Jagadish Chandra Bose. It is a garden with the collection, cultivation, preservation and display of a wide range of plants labelled with their botanical names The major attraction of the garden, however, is the vast and widespread Banyan tree, which is popularly known as the Great Banyan Tree. 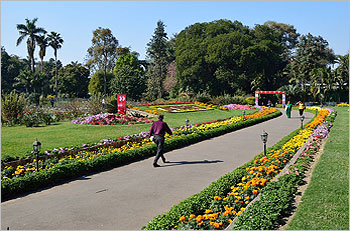 The garden was founded in 1820 by William Carey. It has a flower garden, greenhouses, a research laboratory and a library. It houses a massive collection of common, rare and extinct species of plants and flowers. This is said to be second oldest horticulture garden on the earth after London. 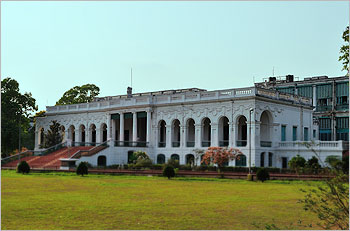 It is the largest library in India by volume, 14th in the list of largest libraries, and India's library of public record. It is a huge collection of documents, scripts, books preserved since its foundation in 1836. 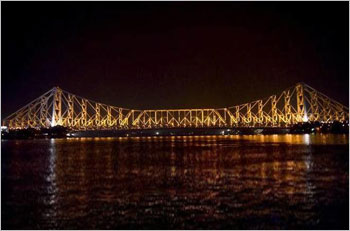 Vidyasagar Setu, also known as the Second Hooghly Bridge, is constructed over the Hooghly River connecting the two cities Kolkata and Howrah. With a total length of 823 meters, Vidyasagar Setu is the longest cable–stayed bridge in India 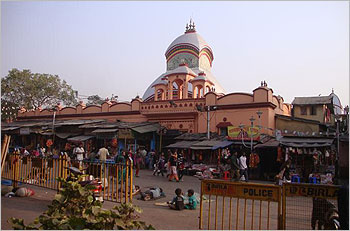 A popular religious destination of Kolkata, Kalighat Kali Temple is considered as one of the 51 Shati Peethas. Kalighat is said to be the site where the toes of the right foot of Sati fell. In earlier years, the image of the deity was incomplete as only the face was constructed. Later the hands (made of gold and silver), the tongue and jewellery were added to the idol of goddess Kali. 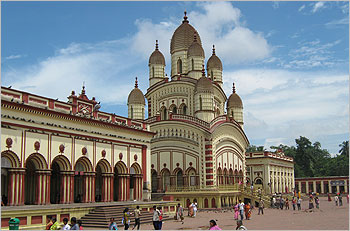 A Navaratna style temple that was founded by Rani Rashmoni Debi by the side of river Ganga. Rama Krishna Paramahams Deb was the priest. This is the place from where Paramahamsa Deb preached his religious vision and advocated the unity of all religions. Another temple Adyapith, a little distance from here is also an attraction for the religious minded tourists. 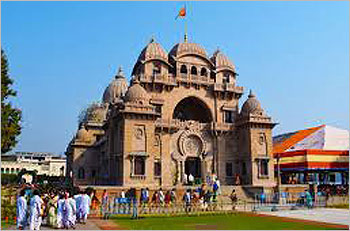 The Ramakrishna Temple at Belur Math is a place of international pilgrimage. Located amid attractive palms and manicured lawns, Belur Math, the large religious centre, is the headquarters of the Ramakrishna Math and Mission. It was founded by Swami Vivekananda, the chief disciple of Paramahamsa Deb. It is located on the west bank of Hooghly River, at Belur. 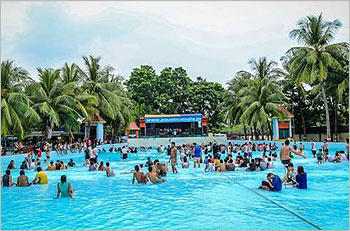 It is a 705,000 sq ft water theme park located near New Town, Kolkata. The theme park is one of the largest water amusement parks in Kolkata. 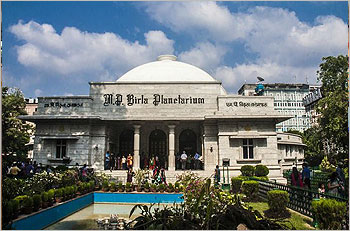 Popularly known as Tara Mandal, It is a single storied circular structure designed in the typical Indian style. Its architecture is loosely styled on the Buddhist Stupa at Sanchi. It exhibits 100 astronomical projects dealing with various facts of astronomy, astro-physics, Space Science as well as myths concerning stars and planets. 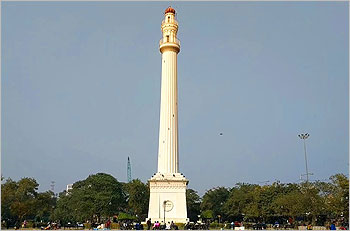 Shaheed Minar, formerly known as Ochterlony Monument, was erected in 1828 in memory of Major General Sir David Ochterlony, It is located at The Maidan, in Central Kolkata. The place is known as Brigade Parade Ground, is the largest urban park in Kolkata It is a vast stretch of field that includes numerous play grounds, including the famous cricketing venue Eden Gardens, several football stadiums, underground Fort Willam and the Kolkata Race Course. 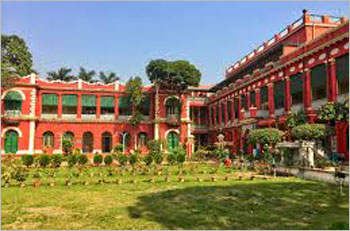 This is the ancestral house of Rabindranath Tagore and is located in North Kolkata. Here is located Rabindra Bharati University. Some portion of the house is open to all to visit the items used by Tagore and his creations. 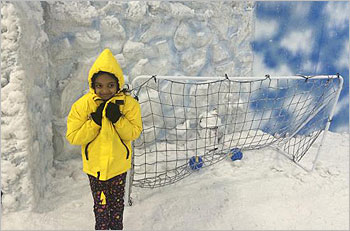 It is a snow themed indoor amusement park located at the 9th floor of Axis Mall in New Town, offering skiing, ice skating, sledding & other activities. The park is built in a space of 9000 sqft area. You can have a feeling of Himalayan climate here. 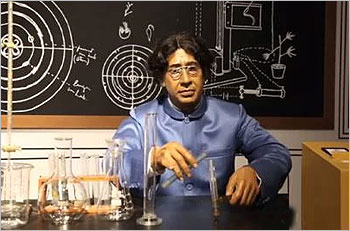 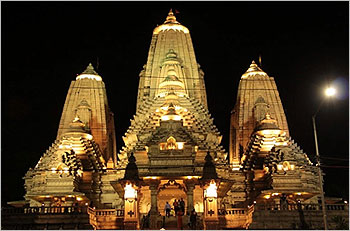 Birla Mandir is a place of attraction to see the adorable structure of the temple and the environment in the premises that attracts thousand of visitors every day. It is located in southern part of Kolkata at Ballygunge. 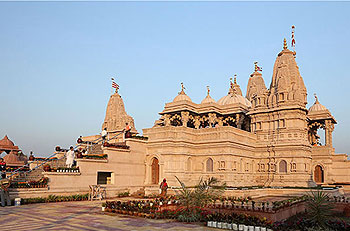 Swaminarayana Temple is a place of attraction, located in Bhasa, very near to Kolkata on the road to Diamond Harbour, It named after Lord Swamy Narayana who is said to have travelled to Gangasagar through this place. 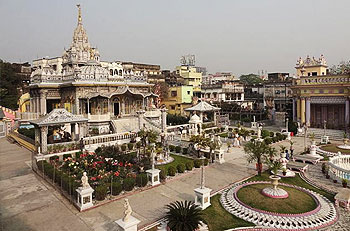 Pareshnath Jain temple of Kolkata is one of the most revered and holy shrines of the Jains in Kolkata. The temple is known for its enthralling beauty and spiritual atmosphere around, that attracts a lot of faithful devotees.


Back to Destination main