Samsing is perched at an elevation of 3000ft and a scenically blessed hamlet located 82km from the bustling city Siliguri. Unsullied by the modernized society, Samsing, a new found destination of Dooars region, with its pictorial landscape and serene ambiance has caught the attention of nature lovers traveling towards the Dooars region. The quaint hamlet Samsing is also considered as the gateway towards the nature endowed Neora Valley National Park. Neora valley is the land of the elegant red panda in the pristine undisturbed natural habitat with rugged inaccessible hilly terrain and rich diverse flora and fauna making this park an important wilderness zone.

Suntankhola is nestled on the foothills of Himalayas at an altitude of 2900ft in the western region of Dooars is a scenic village called Suntalekhola or Suntaley Khola. Sited on the periphery of Neora Valley National Park, Suntalekhola is a new found jewel added to the crown of offbeat destination of Dooars which has attracted tourist with its breathtaking surreal and ensnared their heart with the view of river stream spiraling through the lush mountain hill surrounding Suntalekhola. Apart from being rich in flora and fauna, the forested area surrounding Suntalekhola create an ideal environment for housing a vast collection of avifauna which includes species like Pond Heron, Black Eagle, Hill Partridge, Red-vented Bulbul, Ashy Wood Pigeon, Bronzed Drongo, White-throated Fantail, Blue Rock Thrush, Scarlet Minivet, Lesser Racket-tailed Drongo, Rufous Sibia, Grey treepie, Spangled Drongo and Common Green Magpie and many more making Suntalekhola the birding paradise of avid bird watchers.

Paren is close to Indo-Bhutan border in the western part of Dooars at a distance of 112km from Siliguri overlooking river Jaldhaka and hills of Bhutan is a scenically blessed hamlet called Paren. Surrounded by the green lofty hills with alpine forest, rolling green meadows and meandering rivers along with tranquil ambiance making Paren a dream destination for any nature lover.

Bindu is.situated just before Bhutan border, about 107 kilometer from Siliguri , and is the last hamlet of West Bengal, Perched at an altitude of 2000ft along the meandering river Jaldhaka, scenically blessed with the view of daunting lofty hills and increase demand of tourism in Dooars, Bindu has emerged as a favored offbeat destination of Dooars region. Bindu is famous among the traveler for offering an astounding vista of Dooars plains and mountainous valley of Bhutan.

Jhalong is located 99 km from the bustling city Siliguri. Jhalong is a small village situated on the banks of river Jaldhaka, near India-Bhutan border in the Kalimpong subdivision of Darjeeling district in West Bengal, India. The serene ambiance and scenic beauty of Jhalong has made it a favored offbeat destination of Dooars region. The major attraction of the Jhalong is known to be the Hydro Electricity Project built on the Jaldhaka River. 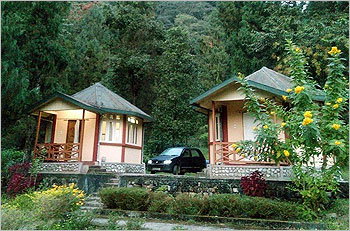 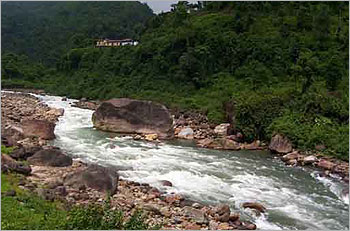