Nearest Railheads are New Jalpaiguri, Hasimara, Birpara and nearest airport is Bagdogra. Jaldapara is a rain forest where runs Torsha river. It is a vast grassland with patches of reverie forests and declared as sanctuary to protect flora and fauna, particularly the one-horned Rhinos, the animal threatened to extinction. Malangi river also flows through the sanctuary. Drained by rivers like Torsa, Malangi, Hollong, Chirakhawa, Kalijhora, Sissamara, Bhaluka and Buri Torsa, the sanctuary provides extensive grassland which is the last refuge to a wide variety of mammals, amphibians, reptiles and birds. Forest department organizes elephant safari through these grasslands in the morning and afternoon. Good Government and private accommodations are available.

Khayerbari is famous for Tiger and Leopard Rescue Center located around 10 kilometers from Madarihat. During the ban of using wild animals in circuses around 11 tigers were rescued and kept at Khayerbari. The tigers were rescued from Olympic circus in Hooghly district and were initially kept at Hollong and later shifted to Khayerbari Rescue Center. The center comprises of 5 units each consisting of 3 cells which are capable of accommodating 15 tigers at the most. The forest officials are of the opinion that this is a unique endeavor in the entire north east to rescue and rehabilitate tigers and leopards which were used in circuses.

Chilapata Forest is a dense forest near Jaldapara national park in Alipur Duar district of West Bengal. It is few minutes away from Hasimara Rail Station between Alipur Duar and New Jalpaiguri. The forest forms an elephant corridor between Jaldapara National Park and the Buxa Tiger Reserve and is rich in wildlife. The forest used to be home to large Rhino populations. Leopards are still common. Promoting eco tourism, the wild life population is gradually increasing. Jungle Jeep safari is very interesting passing through thick dense forest where sometime sun ray can not enter. One of the main attractions is the ruined "Nalraja Garh", or fort of the Nal kings, built in the Gupta period in the fifth century C.E. Although poorly maintained, the site has considerable archaeological interest. Other activities include Tonga rides through Mathura tea garden, boating on the Bania river and angling on the confluence of the Kalchini, Bania and Buri Basra. 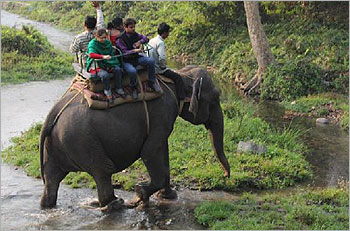 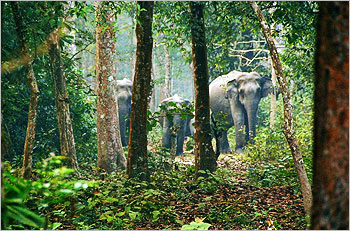 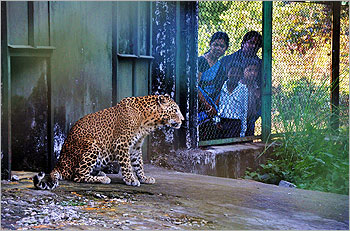