Gorumara Forest East is located in Lataguri village in Jalpauguri district of North Bengal. While in Gorumara, tourists go inside the forests for Jungle safari. Sighting of wildlife is quite common. Elephants, Rhinos, Indian Bison, Peacock, Deer are the most common sightings. The forest safari is organized in special vehicles meant for the purpose. The common forest safaris include the following.

Jatraprasad – The watchtower is named after a female elephant which was legendary for its caring nature. The elephant Jatraprasad saved lives of numerous orphaned baby elephants by acting as their surrogate mother. The Jatraprasad watchtower is also the most popular. The entry point is through the National Highway at the northern part of Gorumara National Park. You have to travel through the forest for about 6 kms before reaching the Gorumara forest bungalow. The Jatraprasad watchtower is 100 meters away from the Bungalow on the bank of Murti river. There are couple of salt leaks just below the watchtower making it an attractive place for sighting wildlife especially during early morning and late afternoon safaris. There is another watchtower in the vicinity known as Rhino point.

Methla Watchtower is located at Kalipur eco village near Ramsai on the eastern fringe of Gorumara National Park. There are unique Bullock cart driven forest safari available here. Chukchuki Watchtower is in inside the Gorumara forest between Ramsai and Lataguri.

Chandrachur watchtower – If you drive from Murti River towards Khunia through the Chapramari forest, you will come across a road crossing. The road ahead goes towards Eastern Dooars and the road to your left will go to Khunia. If you take the forest road on your right and drive through for about a kilometre you will suddenly find yourself facing large open grassland and a watchtower in the middle of it. This is Chandrachur watchtower of Chapramari forest. There is a small pond and a salt leak. The open ground was originally the location of a forest village named Khunia Basti. The village was shifted outside the forest and the location slowly turned wild again as is evident from the games sighted here. 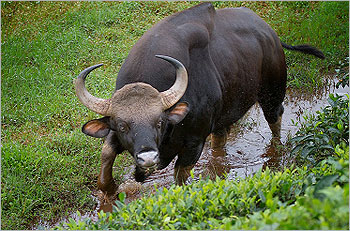 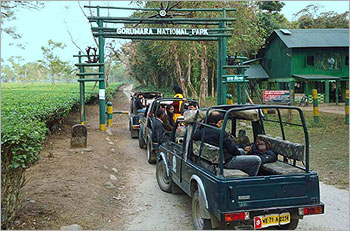